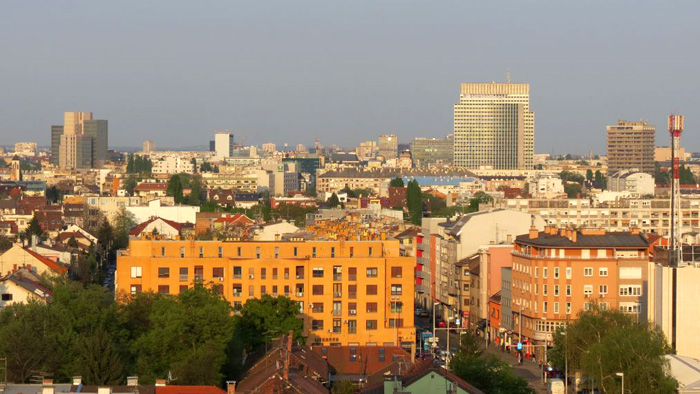 „Trešnjevka Mapping“ is an initiative started by the Trešnjevka Cultural Centre and volunteers from Trešnjevka and its surroundings with a goal of gathering facts and stories related to Trešnjevka, its past, present and future. The emphasis is on the involving of inhabitants of Trešnjevka and their active participation in activities related to Trešnjevka’s everyday life. Besides that, the main intention of the initiative is public presentation of all gathered materials by means of its web site www.mapiranjetresnjevke.com. Additionally, different actions like guided walks, exhibitions etc. are organized. The initiative is also a partner of global Initiative “Jane’s Walk”, for more info on local activites, see here.

A comprehensive list of activities performed within “Trešnjevka Mapping” project can be found here.

(Currently, the web-site is in Croatian only, with planned abstracts in several languages, but this could be changed in the future by adding more texts in foreign languages.)

A short summary of Trešnjevka’s history:

Trešnjevka is a huge district in the southwestern part of the city of Zagreb. Before the second half of the 19th century, the area of the present-day Trešnjevka was covered mainly by fields and orchards („Trešnjevka“ could be roughly translated as „Cherry-orchard“) with several small villages close to the River Sava which makes the southern border of Trešnjevka. In the year 1865, a railway was built through Zagreb and its tracks separated the area of Trešnjevka from the center of Zagreb – even today those tracks are mark of the northern and (roughly) eastern border of Trešnjevka and are preventing closer communication ties with the rest of the city.

The proximity of the railway and huge open space invited the first entrepreneurs of that time to build their workshops and small factories in the northern part of Trešnjevka. However, the first building there was a water well (built in 1877) used to obtain water for all of Zagreb. Later on, the first electric plant (built in 1907) followed as well as a number of different storage and working premises. On the other hand, on the eastern border of Trešnjevka, Savska Road, connecting Zagreb with the only bridge over the Sava River (built in 1783), was rapidly built – the areas along the road were mainly inhabited by wood merchants, craftsman and inn owners, contrary to the peasants that inhabited the village of Horvati on the other side of the railroad tracks. Savska Road got even the first horse-driven tram line in Zagreb (1891) which was replaced by the electric one in 1910.

The beginning of the 20th century saw different initiatives of urbanisation of Trešnjevka – the main idea was to build flats for workers that were employed by the increasing number of factories in the proximity. However, the city council could not satisfy needs for basic accommodation for all, so the increasing number of people coming from the countryside during the 20’s and 30’s built their own improvised homes on the outskirts of the city. Some of the small houses built at that time, when urban progress was clashing with the rural life, still can be seen in central Trešnjevka and neighbourhoods to the west and south of its center, the Trešnjevka square (Trešnjevački trg).

Around 1930 a market on Trešnjevački trg was founded (now, one of the biggest and liveliest in Zagreb!), several schools and churches popped up and a neighbourhood of the First Croatian saving bank (one of the best examples of planned urbanism in Zagreb) was built between 1930s and 1940s in the northern part of Trešnjevka. A renovated garden with the playground in Zorkovačka Street remains one of its landmarks.

In the year 1935, tram lines came to the heart of Trešnjevka, where new headquarters of the Municipal public transport company, ZET, were built. The new depot gave its name, Remiza, to the whole area around it.

After the second world war, the administrative border of Zagreb was moved from creek Črnomerec to the west which allowed more intensive building on the western part of Trešnjevka. Neighbourhoods like Ljubljanica, Rudeš and Voltino, previously small villages, were turned into suburban areas. Two huge factories, Končar (electrical products and engineering) and Nikola Tesla (telecommunication equipments), also gave their stamp to the development of the area. At the end of 40’s a new highway (today called Zagrebačka Avenue) was cut through the middle of Trešnjevka in order to connect Zagreb with Ljubljana and the western parts of the former Yugoslavia. Today, this is a 6-lane avenue and one of the most driven streets of Zagreb which presents the border between the northern and southern half of Trešnjevka.

During the 50’s and 60’s, a building boom in Zagreb occurred. A lot of new buildings were built in the neighbourhoods Knežija and Srednjaci, with a handful of small semi-rural family houses remaining on the edge of new development areas which are even standing to this day. In the 80’s, the new neighbourhoods of Jarun, Staglišće and Vrbani were built. They were connected to the centre of the city with the newly rebuilt Horvaćanska Road. As of 1987, this road also contains tram tracks. In the year 1987, Zagreb was host to a thousands of athletes during the International university games. This boosted the already rapid development on Trešnjevka’s ground. The artificial Lake Jarun was finished, a new swimming pool was built, a football playground in Kranjčevićeva street was rebuilt, a huge sport hall ‘Dom sportova’ was refurbished… neighbourhoods around Lake Jarun, previously rural areas, became a prime living area, because of proximity of recreational premises around the lake and good connections to the centre by tram.

In the year 2000, the tram tracks were extended to the very western border of Trešnjevka, to Prečko, which already saw urban development during the 70’s and 80’s. Besides that, the first years of Croatian independence were marked by uncontrolled construction in many parts of central Trešnjevka which, because of its proximity to the city centre and relatively low prices, became a prime target for urban developers. New developments significantly influenced the standard of living by overcrowding the narrow streets with lots of cars and burdening of infrastructure of all kinds. Besides that, shopping centres (previously unknown to Zagreb) were built and factories, beaten by unsuccessful privatization, were abandoned – some of them are still radiating memories of the past socialistic times.

Recent years have seen a rise of alternative initiatives in Trešnjevka, which are promoting bicycle lanes, organic communal gardening, care for elderly or handicapped people etc. One of those initiatives is also this one: „Trešnjevka Mapping“.